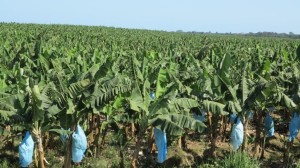 Another big investor in the banana industry of Belize was the United Fruit Company. This company acquired and cleared 2,500 acres of land for bananas in 1909. However, by 1916, Panama Disease was detected and the industry collapsed soon after.

The banana industry was reconstituted in 1975 with the formation of a Banana Control Board. This was followed by the Banana Growers Association which now manages the industry. 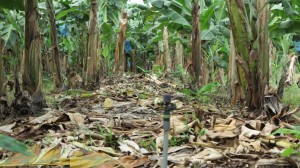 Currently there are just over 6,175 acres under banana in the Stann Creek and Toledo Districts. The exports of bananas have steadily increased from just over $37 million in 2003 to $67 million in 2011. Bananas are exported in 42 pound boxes. In 2010, Belize exported roughly 4.5 million boxes of bananas.

To read the full details of the banana industry, you can read A History of Enterprise in Belize https://belizeinfocenter.org/books/a-history-of-enterprise-in-belize/ or  http://www.amazon.com/History-Enterprise-Belize-Frantz-Smith-ebook/dp/B00EXCQGHW/ref=sr_1_1?ie=UTF8&qid=1389532445&sr=8-1&keywords=a+history+of+enterprise+in+belize