The governance system of Belize is composed of three branches: the legislative, judiciary and executive branches.  The Legislature consists of a National Assembly comprising two houses. These two houses are the House of Representatives (The Lower House) and the Senate (The Upper House).The function of the House of Representatives is to make laws by passing bills, develop a budget to spend public monies and address the needs of citizens. Members of the House of Representatives are persons who have gained the most votes in the political constituencies during a General Election. In this way, the Government is by the people. General elections must be held at intervals of no longer than five years. All citizens able to vote are entitled to be candidates provided that they are not undischarged bankrupts, hold office in the Public Sector, or who owe allegiance to a foreign power.

The Senate of Belize is the other house in the National Assembly. Members of the Senate of Belize are not elected but are appointed on the advice of the Prime Minister, the leader of the Opposition, the Belize Council of Churches, The Belize Chamber of Commerce and the Civil Society Steering Committee. This process selects people who are not campaigning politicians but who carry much experience in their particular field. Functions attributed to the Senate include ratification and confirmation of bills or laws passed by the House of Representatives. The Senate can also begin legislation of new laws. 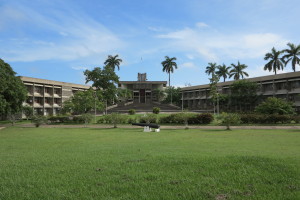 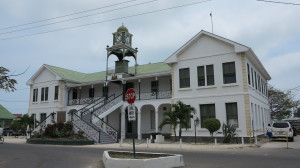 The executive authority in Belize is vested in the Queen who may appoint the Governor General to act on her behalf. The Governor General appoints a Prime Minister from among the members of the House of Representatives who is leader of the party which gains the most number of seats. 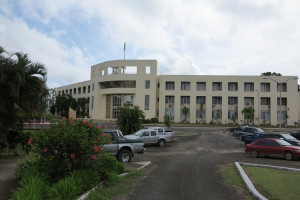 The main portfolios that are given to Ministers are:

The Prime Minister may also appoint Ministers of State (Junior Ministers) in each Ministry. He may also add new ministries or merge different Ministries together.

Ministries are managed by Chief Executive Officers (CEOs) who are usually trained or experienced in Management. Within each Ministry there are usually a number of units called Departments. Departments have more specific jobs than Ministries and are usually headed by persons trained in technical subjects.

Besides the Public Service, Belize has a number of Statutory Bodies which have been created by law. These bodies are financed by Government but they are considered to be semi autonomous. Statutory Bodies usually have very specific purposes and include:

The Main Functions of the Three Branches

The Executive
The Executive has the responsibility to set and implement public policies. It is also required to implement the budget approved by the House of Assembly.

The Legislature
The enacting of laws is the main role of the House. It approves the budget proposed by the Executive.

The Judiciary
The Judiciary interprets laws and the constitution. It applies its interpretation for the resolution of controversies.