In my new book, I have an extensive section featuring the landmarks of each district.  I refer to landmarks as man made (women included) sites that all Belizeans should know about and visit.  I will feature some of these sites in internet posts over the coming months until January or February when the books are printed and are ready for sale.  Here is the first landmark of Belize which I feature. 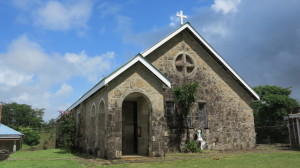 Located on a hill in San Antonio village, Toledo District is the San Luis Rey Catholic Church.  This church was constructed in the 1940s by villagers of San Antonio who brought stones from the surrounding landscape.  Construction of the church which has old and unique stained glass windows was organized by Father William Urlich, a Jesuit priest.   The stained glass was donated from a church in the United States. 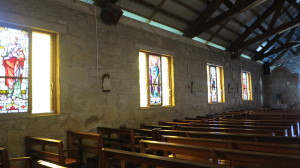 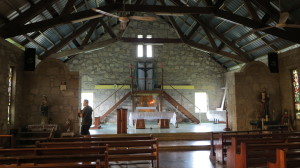