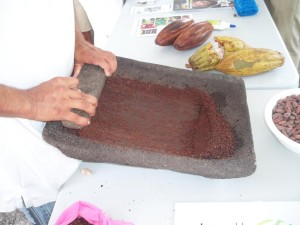 Sometime around 2,500 BC, the Maya began to emerge as a culture in Meso-America . This culture was significant because it overcame serious constraints of tropical diseases and poor soils to sustain large populations. The civilization which these peoples developed became the cradle of civilization in the Western Hemisphere. During the Maya classic period, the population of Belize was about 750,000. Various groups of Maya resided in Belize and Central America. These groups included the Chol and Manche Chol who resided in southern Belize and the Mopan who lived in the northwest of the country in post classic times. During the Spanish invasion in the 1500s, many Maya living in Belize were forced into Guatemala where they were incorporated in the Q’echi culture. The Maya who remained in Belize resisted the Spanish and were able to expel the invaders from Belize.

Today, three ethnically different Maya populations reside in Belize. These are the Mopan, Q’echi and Yucatec Maya. The Mopan were always in Belize. The Q’echi immigrated from Guatemala to Toledo while the Yucatec Maya came from southern Mexico and settled in the Corozal and Orange Walk districts.

Combined, the Maya and other indigenous cultures* from Central America developed useful plants and knowledge in food production, construction, mathematics and medicine; their knowledge continues to be relevant to the human race.

*Besides the Maya who occupied Belize for thousands of years, another group of indigenous peoples have made Belize their home. These were the “Waikas” who were descendants of the Miskito Indians. The Miskito Indians resided on the Caribbean coast of Honduras in the vicinity of the Black River and around Cape Gracias a Dios and Bluefields in Nicaragua. The Waikas came to Belize after 1783 and were said to be more warlike than the other indigenous people living in Belize at the time.