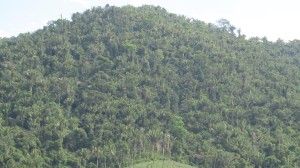 Although Belize is a small country, it contains a wide diversity of ecosystems within its borders.  The term ecosystem refers to all the living organisms  and non living objects in an area.

There are two broad types of ecosystems in Belize: Marine (Sea) Ecosystems and Terrestrial (Land) ecosystems.

The forests in the interior of the country include broadleaf forests and pine forests.  There are also a number of lakes and rivers in the country.

After the Maya, the British relied on the ecosystems of Belize to produce logwood, mahogany, chicle, pine, fish, lobsters, and turtles for export.

In modern times, a considerable amount of Belize ecosystems have been converted to agro-ecosystems which yield sugarcane, papayas, citrus, shrimp, cacao, bananas and corn.