Another important type of machinery used to extract mahogany were diesel engine tractors and trucks which were used to haul fifteen to twenty mahogany logs per trip from the forests to bacadiers or regional wood storage yards or the B.E.C. sawmill.   The diesel trucks were called camiones. 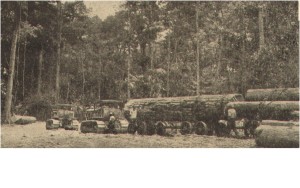 When logs or lumber were ready for export, they were rafted or trucked to Belize City.  At Belize City, the logs were trimmed of bruises and distortions and squared.  Once squared, the logs were floated out to sea for uploading on to ships bound for Britain (Figure 15).  In the 1700s, the ships used were powered by sails but in the 1800s the ships were steam powered. 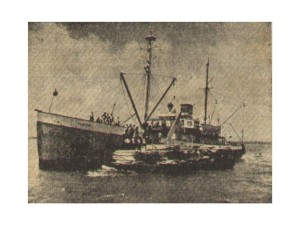 A conservative estimate of the amount of mahogany that left Belize since the 1800s was over 1.5 billion board feet.  This would be worth over BZ$10 billion dollars in today’s economy.

Throughout its history, the largest exporter of mahogany from Belize was the B.E.C. which was formed in England in 1875.  Other notable companies that rose to challenge the B.E.C. included Robert Sydney Turton, The Mengel Company, The Freiburg Mahogany Company, Mr. L. M. Sylvestre and Mr. Wahib Habet. 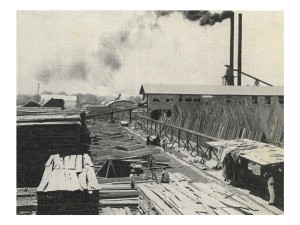